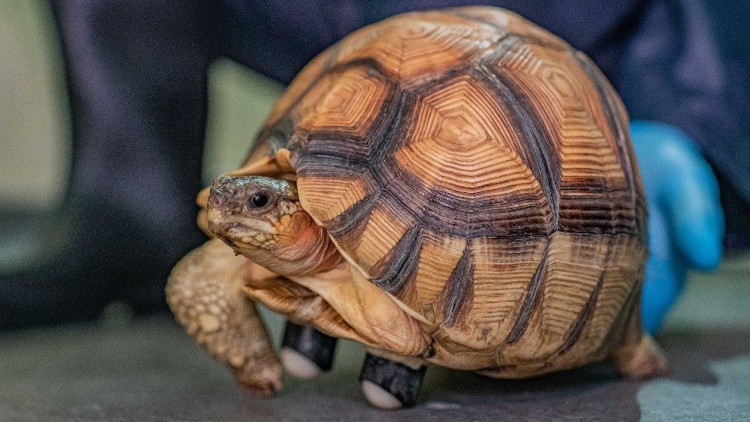 A three-legged specimen of the world's rarest type of tortoise has been fitted with rollers to get it moving again after it was rescued from smugglers. Hope, a ploughshare tortoise, has been given a new home at Chester Zoo after being found in a suitcase by Hong Kong customs officers in 2019.

The male, which is missing a front leg, was fitted with under-shell support rollers before arriving in Cheshire.

Ploughshare tortoises, which are native to Madagascar, are one of the world's rarest animals, with fewer than 300 remaining in the wild.

Read more from our friends at the BBC