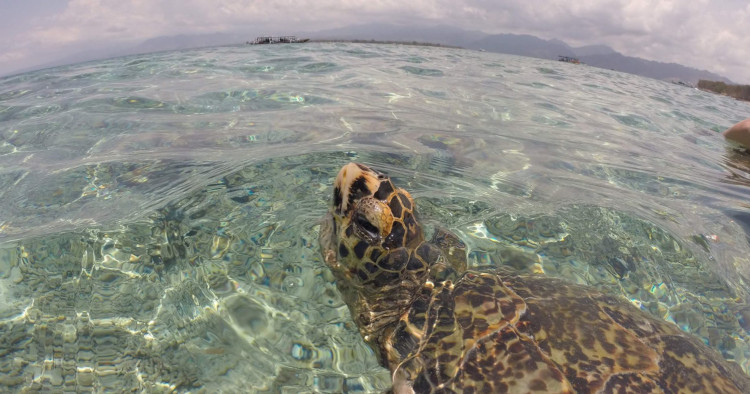 Even with good data, it’s hard to predict tropical cyclones, which often appear with little warning and wander drunkenly around the world’s oceans. But five years ago, Olivier Bousquet was tasked with forecasting storms’ strengths and paths in the cyclone-infested southwest Indian Ocean. The solution: Turtles!

The research director for France’s Ministry of Sustainable Development knew the need for better predictions was always great. The area in question gets nine or 10 cyclones a year, and the storms continue to get stronger. Tropical Cyclone Idai, in 2019, killed more than 1,000 people in Mozambique and 2014’s Gafilo killed 350 in Madagascar.

Unlike in some other parts of the ocean—like the North Atlantic, where the US National Oceanic and Atmospheric Administration flies weather drones—Bousquet had almost no data to work with. Sure, there are satellites that spy on the ocean’s surface, but those are biased around coastlines and blind in clouds, which storms have in spades. Just a handful of floating oceanographic buoys collected temperature, depth, and salinity information where Bousquet needed it. So he set out to find a new source of data.

For the past few decades, scientists have been using satellite-tagged animals to collect ocean data. For instance, in the Southern Ocean off Antarctica—a famously hostile area for humans, ships, and robot explorers—southern elephant seals have gathered most of the basic data we have on the water’s temperature and salinity.

The southwest Indian Ocean, though, didn’t have any seals Bousquet could enlist. At first, Bousquet tried seabirds, like tropicbirds and puffins, but they were too lightweight for the sensors. So he turned to sturdier helpers: loggerhead and olive ridley sea turtles.