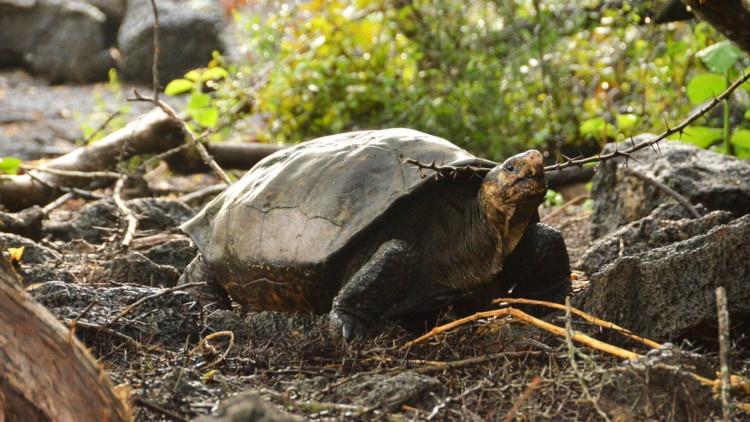 The Fernandina Island Galápagos giant tortoise (Chelonoidis phantasticus, or “fantastic giant tortoise”) was known only from a single specimen, collected in 1906. The discovery in 2019 of a female tortoise living on Fernandina Island provided the opportunity to determine if the species lives on. By sequencing the genomes of both the living individual and the museum specimen, and comparing them to the other 13 species of Galápagos giant tortoises, Princeton’s Stephen Gaughran showed that the two known Fernandina tortoises are members of the same species, genetically distinct from all others. He is co-first author on a paper in the current issue of Communications Biology confirming her species’ continued existence.

Read more from our friends at Princeton University