Greenie is Always Open for Business! 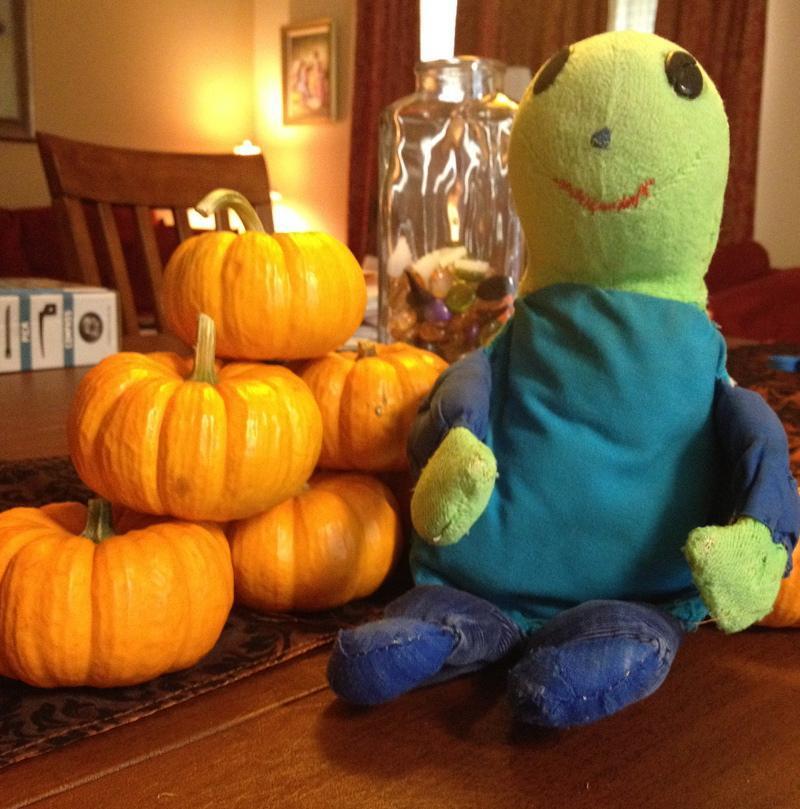 If there’s one thing I like, it’s money! No, I’m not into collecting coins or playing the stock market, but I love cold, hard cash! As a chartreuse-shelled turtle, I consider myself an expert in “greenbacks”! They say that the trick to money is that you have to work for it. Although I like money, I do not like to work. Instead of working harder, I try to work smarter by covering all the bases. So I am a Renessiance turtle and I have had a lot of careers.

Since money is kept in banks, I decided to be a banker. It was perfect! Everyone gives the banker the money. So I became “Greenie the Banker” and opened the First National Bank of Greenie early that year and knew that I would have all the money in no time! No one told me that the banker has to keep the money safe because the person who deposited the money would want it back…with interest. So I had to give them back the money plus more? No way! Since I fond that out, I’m not a banker any more.

Then I heard that lawyers are paid a lot of money to argue on behalf of their clients. I argue for free all the time, so I might as well get paid for it. So I became Greenie Turtle, Esquire in the springtime. I helped some of my friends try to sort out arguments with other friends. Sometimes we won….and many times we lost because its not my fault they didn’t have proof! Anyway, when I sent them a bill for my lawyering, they got mad at me and didn’t want to pay. Then I was in arguments with all of my friends and was very unhappy…and not making any money at all. I never did find a law that said how much money lawyers are supposed to get. So much for that!

Next, I tried being a doctor. I saw doctors on TV and it looked like an exciting and heroic job with lots of money. I knew I needed to learn how to do surgery, so I found a channel on TV about surgery. I was watching real doctors do a real surgery! There was a lot of blood. It was scary and I tried to be brave, but I fainted. I’m not sure I really want to be a doctor.

Then I remembered all the stories I’ve read about kings and queens. They are royal, wear crowns, rule the land, live in palaces and always seem to have plenty of money. I could be king! “King Greenie”…I like the sound of that. I told my friends that I was their new king and they had to listen to me. They laughed at me, but I didn’t care because I was king! I was king for the whole summer, but I wasn’t making any money. Come to think of it, I’m not sure where kings get all their money. Being king wasn’t really helping me achieve my goal of becoming rich. But it’s a lot of fun to wear a crown and make up rules so I still do that sometimes.

In the fall, I realized that business people are always wheeling and dealing and making the big bucks! I decided that I needed to be a business turtle. I needed to be my own boss, like my friend Big Doug! This had to be the right answer because business people made money, which I like. Business people are the boss of the company and I like to be the boss ( I learned this from being king). I got a tie and a brief case and went looking for my first big business deal. I told my friend Big Doug that I was working on a big business deal. He knew a lot about big business deals, so I thought he would be excited to do business with me. When I told him, he seemed confused and asked me what I was dealing in. “Business!” I told him. He smiled bigger and asked me if I was buying or selling. I wasn’t sure. It was my turn to be confused. I didn’t have anything to sell and I didn’t have any money to buy anything yet. Some business turtle I was turning out to be. I was very sad and sat down, crestfallen. I thought that I would never make any money.

That is when Big Doug explained to me that business is usually about buying and selling things. He said that sometimes business people work together to gather enough money to buy something big and expensive. He went on to say that I shouldn’t be disappointed because what I had was an opportunity to be creative and think about what I could realistically sell. Once I figured that out, I could talk to someone about my idea to see if they wanted to do business by working with me or by lending me some money – which I would have to pay them back…with interest. It’s a good think I learned about re-paying people when I was a banker.

So I thought and thought. At last, I remembered that it was autumn, and that meant pumpkins! I like pumpkins and wanted to try selling pumpkins for Halloween Jack ‘O Lanterns and fall decorations. I needed to work together with someone to get some pumpkins to sell at a profit. I talked to my two brothers to see if they had any pumpkin money. We talked and talked about the big pumpkin idea. They got just as excited as me. My brother, Fivie, had 75 cents he had been saving. My other brother, New Greenie, had a quarter he found in the sofa. I had a dollar I saved from the tooth fairy (that’s another story). Altogether, we had $2.00. This was a good start, but not enough to buy all the pumpkins we needed. Now what?

My brothers told me that my Mama might be able to help. She knew where to buy pumpkins. I told my Mama about the big pumpkin idea and how we all pooled our money together. She was very proud of all the thinking and cooperation we had done and offered to use our money and chip in some money to buy a $4.00 bag of mini pumpkins for us. Each bag held 8 pumpkins, so the mini pumpkins cost us $0.50 each. This was great because mini pumpkins are just my size and I could sell them for $1.00 each, which means I could make enough money to pay my brothers and Mama back and make a $4.00 profit!

I went back to visit Big Doug to tell him that I was in business, the pumpkin business! I told him what a hot commodity mini pumpkins were and he agreed to buy a few of them. I sold some pumpkins! I was rich!! Well, not really but I sold all my pumpkins over the next few days. I was proud of my pumpkin business and now I sell pumpkins every year in the fall. It’s hard work but it’s also fun for my friends and me. Best of all, I earn a little bit of that cold, hard cash I like so well!