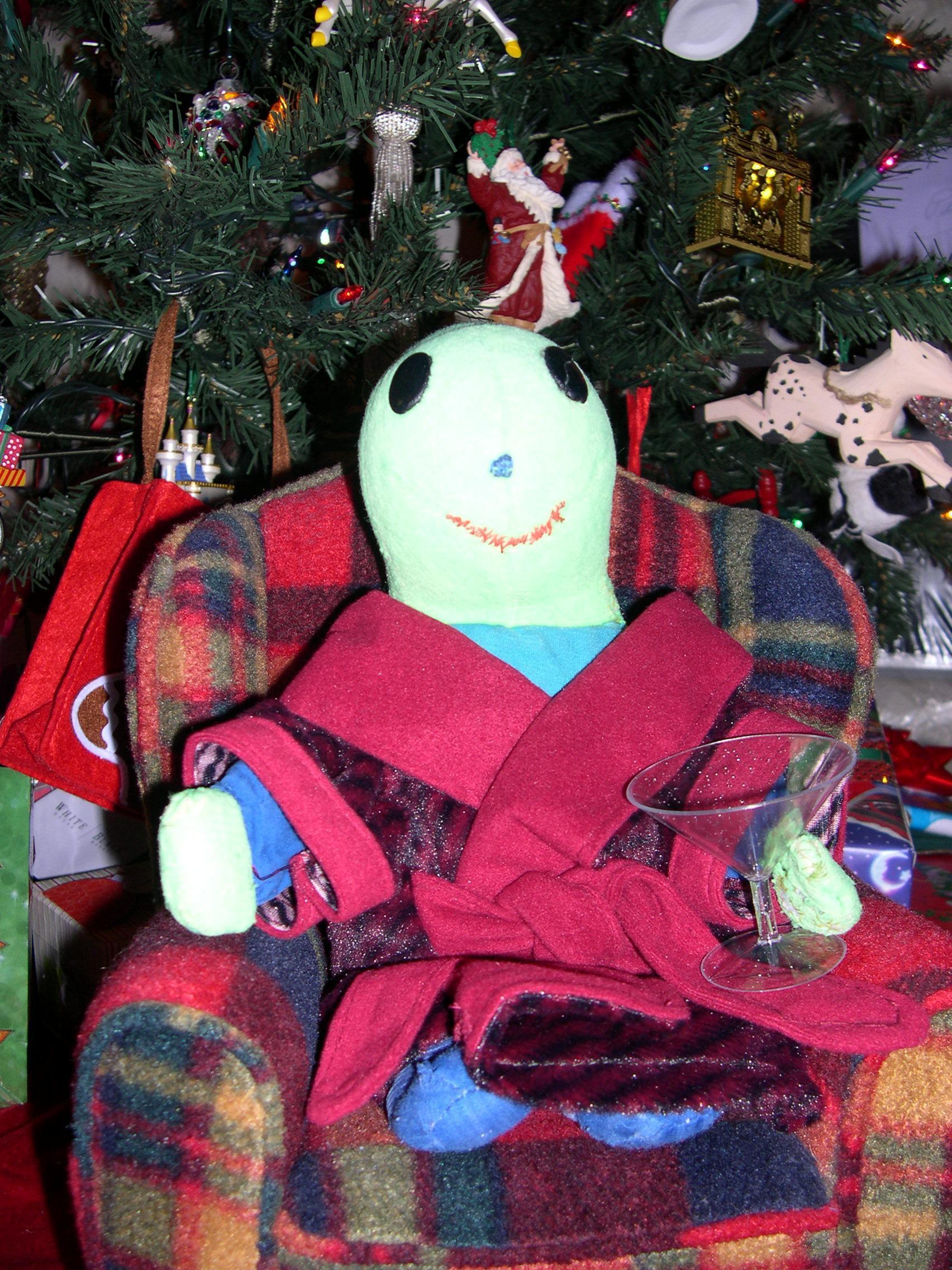 Christmas is a very important time of year. A successful Christmas is all about stealth, skills, planning and perfect timing. The holidays are more than the parties, shopping, food and peach on earth. All that is great, but for me, it’s all about catching Santa! That’s right, I said “catch Santa!”

Santa is my favorite celebrity because he is jolly, magical, powerful and fascinating. This guy has it all figured out! He has all the toys, a flying sled pulled by eight reindeer, rules over a loyal army of highly skilled elves and only has to work one night a year! Not to mention that it is somehow culturally acceptable for him to eat all those cookies and milk. Every year, children all over the world are on their best behavior to make the cut for his list of good little boys and girls (and turtles). Have you seen his luxurious velvet and fur-lined wardrobe? It’s all so amazing and leaves me wondering how he landed this gig. More importantly, what exactly constitutes “good behavior”? Can a turtle be Santa? How about Santa’s helper? How can I get in on this very good thing? I have to know!

I asked these questions to every grown-up I know and not one of them could give me the clear answers I craved. I need the details! To learn what I wanted to know about Santa, I would have to go straight to the source. I would have to talk to the jolly old elf himself.

I needed to get Santa’s phone number, so I asked New Greenie to help me Google him. We researched all day and only found a few hotlines, websites and email addresses where you could leave a message for Santa. I sent correspondence and left a few voicemails, but Santa never responded. I know he’s very busy, but I needed his direct line. I really needed to talk to him. New Greenie and I tried every key word we knew and couldn’t find a number for Santa’s personal cell phone. Since he is such a big celebrity, it makes sense that his personal phone number is unlisted.

During our online search, New Greenie and I found Santa’s mailing address at the North Pole. I have written letters to Santa many times in the past. I wrote to tell him what presents my brothers and I wished to find under the tree on Christmas morning. I know Santa read them because he always delivered the presents we asked for. So, I decided that I would write a letter to Santa again that year, but this time I would include all of my questions along with my wish list of toys and gifts. On Christmas morning, among the presents under the tree was a letter addressed to me from Santa!

Santa wrote me a letter in reply! Here’s what it said.

“Dear Greenie,
You are a turtle with many inquisitive questions. You have been a pretty good this year, so I will do my best to explain. You see, I have been Santa for as long as I can remember. I have the special Christmas magic that can only be used to spread peace and goodwill to all the little children and turtles. That is why I am, and always will be, Santa Claus.
Love,
Santa

P.S. Be a good turtle, listen to your Mama, be kind to your brothers, and don’t eat all the peanut butter.”

I was so excited to get a letter from Santa, directly to me! Later, I realized that Santa’s response left me with more questions than answers. Now I wondered how Santa got the special Christmas magic. Where did it come from? How long did it last? And how did he know about the peanut butter? I noticed that Santa was very careful about how he answered my questions. I could tell that he didn’t want to tell me too much information. He must have known that I was on to him. The only way to learn what I want to know is to ask him myself, face to face!

I will have to catch Santa Claus!

I was really going to have to come up with a good plan if I wanted to trap him. Luckily I have a whole year to think one up. All the work would be worth it because once I caught Santa, he will have to give me the top secret information in exchange for his freedom. In preparation for my new project, I watched a lot of spy movies to get ideas on how to mastermind complicated plans. Over the years, I’ve come up with many elaborate plans, but I haven’t caught Santa yet. You have to keep in mind that he has magic on his side. But I’m a stubborn turtle. I never give up. I work all year on my plan and each Christmas, I unleash my latest plot to capture Santa. Here are some of the grand schemes I’ve come up with over the years...

The first year, I stayed up all night on Christmas Eve, hiding in Christmas tree. My plan was to catch him by surprise as he laid presents under the tree. It was a long night and I must have fallen asleep. I never saw Santa and it was Christmas morning when I woke up.

After that, I knew I needed to use a contraption that would work even if I fell asleep. I saw a cartoon that gave me the idea to use a big upside-down box with one edge held up by a stick, so the box was tipped open above the ground. Then I put the milk and cookies under the box so when Santa went in to get his snack, he would knock the stick over, causing the box to fall down and trap him inside the upturned box. Well, when I woke up the next morning, I saw that my trap had been sprung and there were sounds coming from the box. My hands shook when I peeked under the box and found...Zippy. My pal, Zippy the Zebra had been tempted by the cookies and was caught under the box. No Santa again that year.

The next year, I decided to use technology to my advantage. I used my Mama’s fancy video camera to find spy on Santa and see if I could get a video of him in the act of putting presents under the tree and eating milk and cookies. If I had this video, then maybe I could learn more about his magic. Maybe if Santa knew I had the video, her would be more interested in taking my calls. On Christmas Eve, I set up the video camera in the Christmas tree. It was cleverly hidden by the boughs and ornaments. On Christmas morning, I reviewed the footage, sure I had caught Santa in the act. I was very disappointed when the video cut off after the batteries ran out around midnight. I couldn’t believe I forgot to charge them.

After several years of bad luck, I consulted the Baby Stinky, the great one. He said I needed a co-conspirator. I wasn’t sure what that was, but I knew it meant that he would help me. That year, Baby Stinky and I worked as a team. We got a really big butterfly net and decided we would sleep in shifts. When Santa came, whichever one of us was on duty would wake the other one up and we would throw the butterfly net over Santa together. Well, you guessed it...Christmas was just too exciting and we both fell asleep.

Even though we missed Santa, we had a lot of fun planning together all year long. Baby Stinky was on to something with this co-conspirator thing. That’s when I called my brothers in to form a brain trust. Fivie had a lot of concerns about whether trapping Santa Claus was Naughty or Nice. He felt that it was the opposite of being on good behavior. I love Fivie, but he just doesn’t understand that I’m on an epic mission. Luckily, I can always depend on New Greenie for good ideas. He showed me a pair of sweet night vision goggles being sold online. They cost more than my allowance, but they are exactly what I need to plan next year’s ambush. I going to ask Mama for her credit card so I can buy the goggles. I’ll let you know how it goes.