Tortoise Missing for 74 Days Back Home 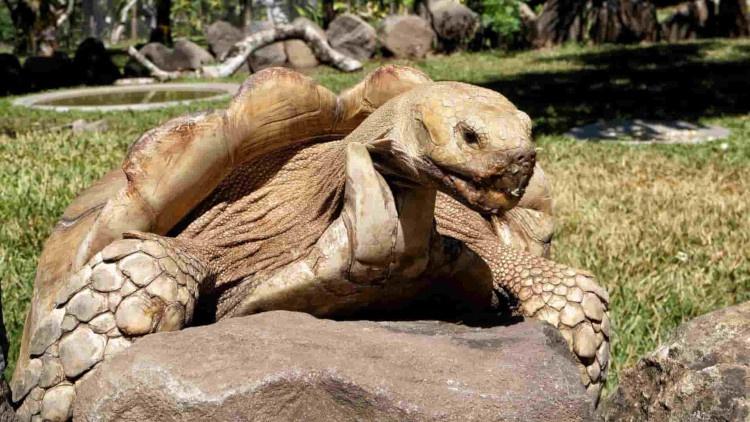 A 150-pound tortoise who escaped from a Tennessee home has been returned after 74 days, managing to make it less than a mile during his slow and steady journey.

Though the African Sulcata Tortoise named Soloman crawled away from his Ashland City enclosure more than two months ago, he was discovered just an eighth of a mile away from home last week according to his owner, Lynn Cole.

Cole said a man and his son spotted Solomon grazing in a valley at a construction site and returned him within minutes.

He didn't seem to make it far, but Cole said the true extent of the 15-year-old tortoise's trek remains a mystery.

“I guess that we will never know the full details of Solomon’s great adventure and how he managed to elude us all for so long," Cole told the news outlet. “No matter his traveled course or intent, thanks to the gentleman and his son who happened to be driving by at that moment, Solomon is now safely at home and, as such, so much joy has been returned to our family.”

Cole said Solomon is a beloved pet who has been with their family since birth. The owners said they would pay his rescuers a reward for returning him home.